The Club of Angels

A Place to Take Away

Meia Hora and the Headlines that Become Headlines

The Many Lives of Robert Altman

The Pills of André Dahmer

About Husbands, Lovers and Shoes

Good morning, my name is Sheila

The Elegance of Woody Allen

Above all, reach out to people and offer them new perspectives. Above all, use the resources and power of the audiovisual for emotion, reflection and empathy. Above all, try to understand the world and welcome the variety of your looks. Above all, awake observations about the state of affairs, deepen debates, observe what of human unites us. Above all, fiction, documentary, animation.

Above all, tell stories. 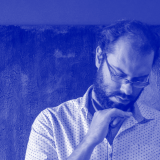 Works as director, screenwriter and producer. Directed eight short films, screened and awarded in Brazil and abroad. In 2016, directed the 10 episodes of the HBO series "HQ - Special Edition". In 2015, released the documentary "Meia Hora and the headlines that become headline." Currently, is on post-production of "The Club of Angels", based on the novel by Luis Fernando Verissimo, and also "Verissimo", a documentary about the Brazilian writer. He has been part of the creative core of RT Features, Glaz, Coala Filmes, and now coordinates the core of Sobretudo, his production company. 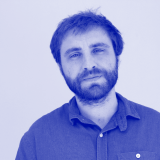 Director and a screenwriter, responsible for the sound of more than 30 works of recent Brazilian cinema. In 2014, directed the documentary "A Place to Take Away" and wrote the episode "Ritos" (co-directed with Maria Augusta Ramos) in the series "The World Cup Passed by Here", for SporTV. With a Masters Degree from UFF – Universidade Federal Fluminense, works as a teacher, and coordinated between 2015 and 2016 the Documentary Course on Academia Internacional de Cinema.